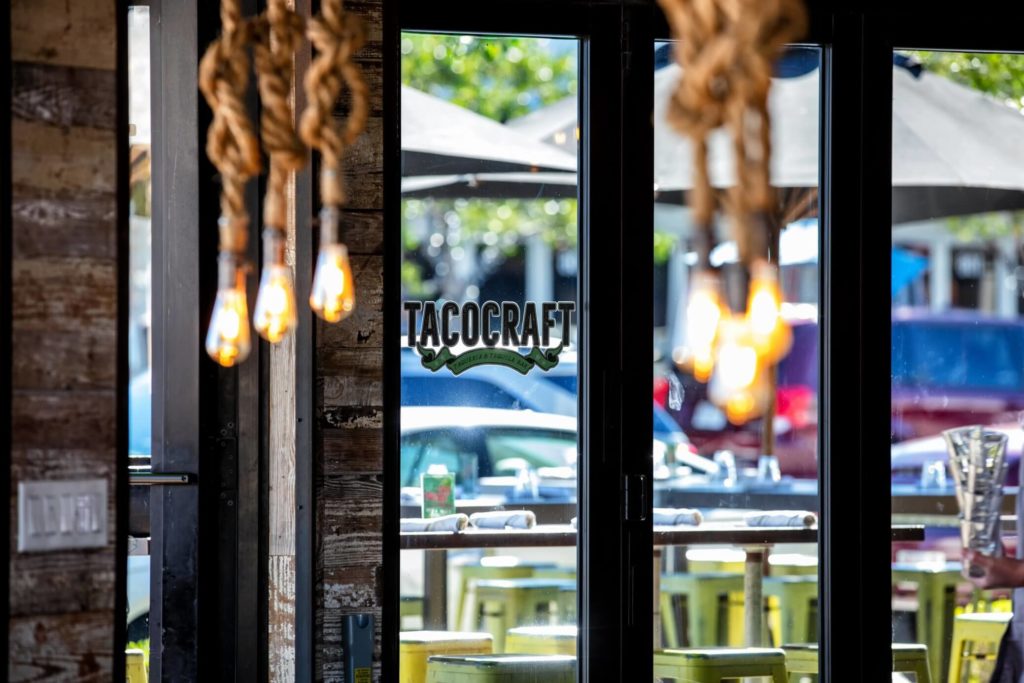 Read the Original Article on The Sun Sentinel

The 2020 vision for regional chain Tacocraft: change, growth and a new hot spot in Fort Lauderdale. Marc Falsetto, co-founder of the modern Mexican taqueria and tequila bar, says Tacocraft will open a new location in 2020 at the former site of MidiCi Pizza on the bustling North Federal Highway corridor.

“We took possession today, we’ll start the build-out in January-February and we hope to have it open by August or September,” Falsetto says about the site at 510 N. Federal Highway. “It’s a great location.”

Straddling Victoria Park, Flagler Village and downtown, the new 160-seat Tacocraft will be reconfigured with open-air garage doors facing Federal Highway, a covered patio, indoor and outdoor stages for bands and what Falsetto calls “Fort Lauderdale’s biggest tequila wall,” a 20-foot-tall collection of 300-400 bottles of tequilas and mescals. He envisions the restaurant attracting office workers and Victoria Park families during daytime, and a young, trendy crowd from booming Flagler Village into the night.

Falsetto has partnered with Anthony Bruno and Pat Marzano, the pair who founded, expanded and eventually sold Anthony’s Coal Fired Pizza, for the next stage of Tacocraft’s growth.

The restaurant’s original Himmarshee Village location in Fort Lauderdale will remain open through next year, Falsetto says, but its lease expires at the end of 2020. He says that space will likely be converted to a bar-nightclub along the lines of Mercado Negro, a bar his management group, Handcrafted Hospitality (formerly JEY Hospitality), owns in Miami.

Tacocrafts in Lauderdale-by-the-Sea and South Miami will remain unchanged, Falsetto says. More Tacocrafts are also on the way in Plantation (late 2020/early 2021) and Islamorada in the Keys (2021), along with planned locations in New Jersey and New York’s Long Island.

Falsetto says sister concept Pizzacraft and speakeasy bar Apothecary 330 will remain in Himmarshee Village, with its lease running another nine years. He says the original Rok:Brgr on the same block has permanently shuttered, and that he may soon launch a new burger restaurant in Flagler Village. Falsetto says Handcrafted Hospitality’s Henry’s Sandwich Station has tripled its business in the growing area since opening in 2018.

Falsetto says the new Fort Lauderdale Tacocraft will include ample parking, with a shared lot to its north and a nearby garage, and will likely serve from noon until midnight (or later) daily.

“Residents in the area are looking for options [within] walking distance,” Bruno says in a press release. “Our laid-back vibe, chef-driven tacos and live music will be a perfect fit.” 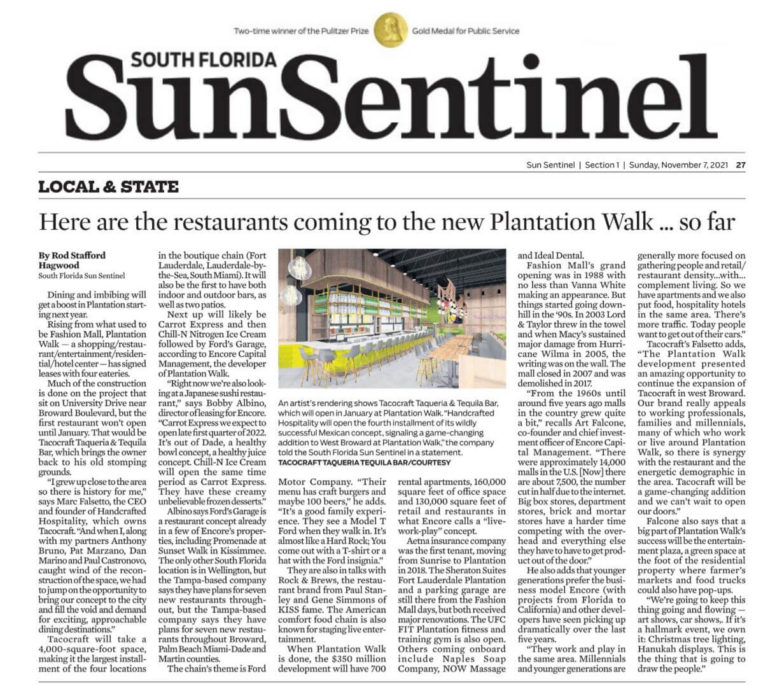 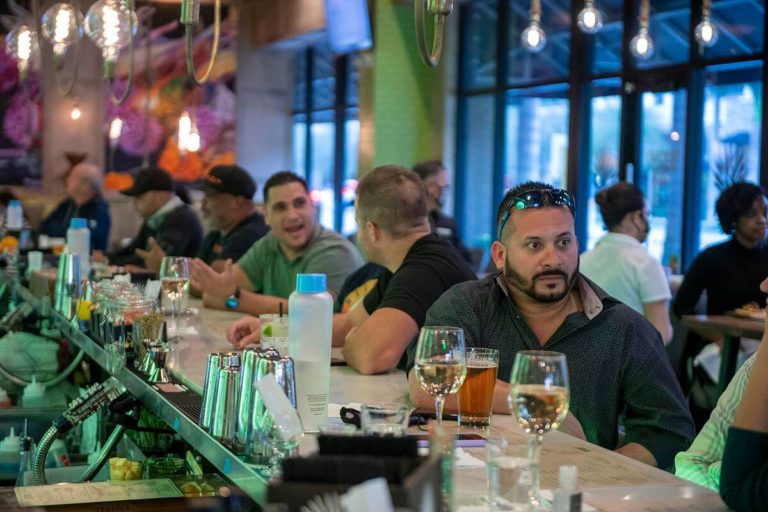 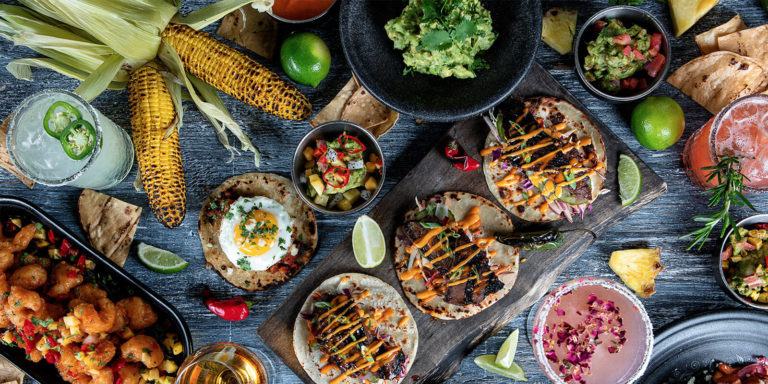 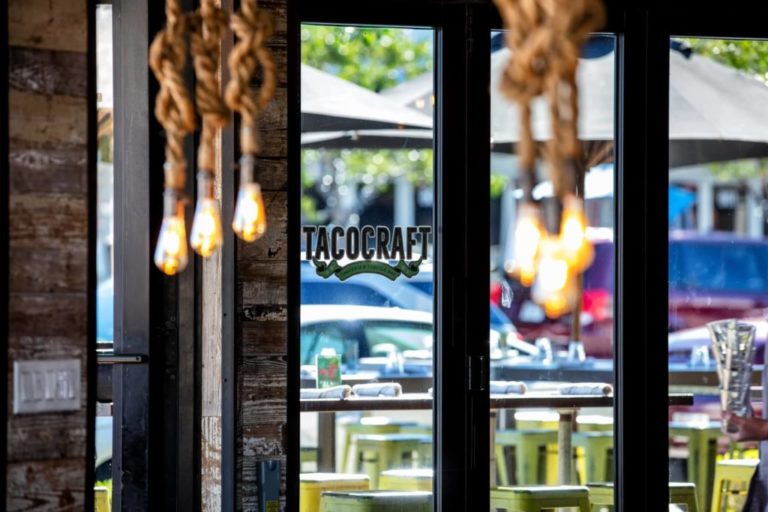 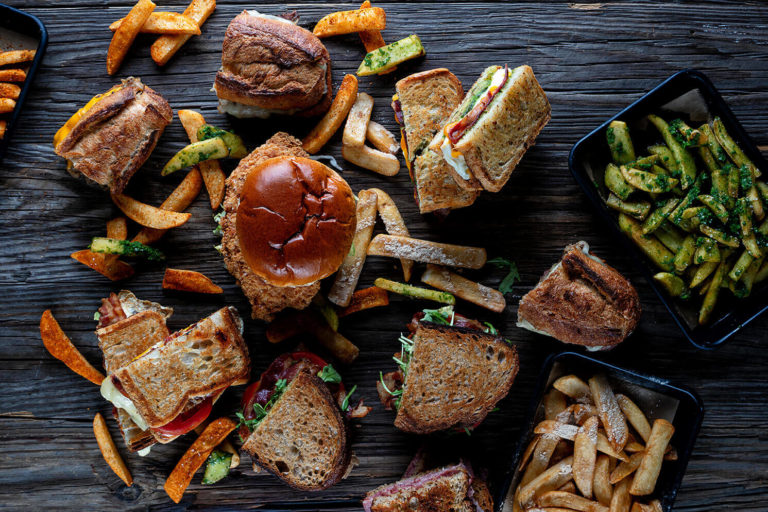 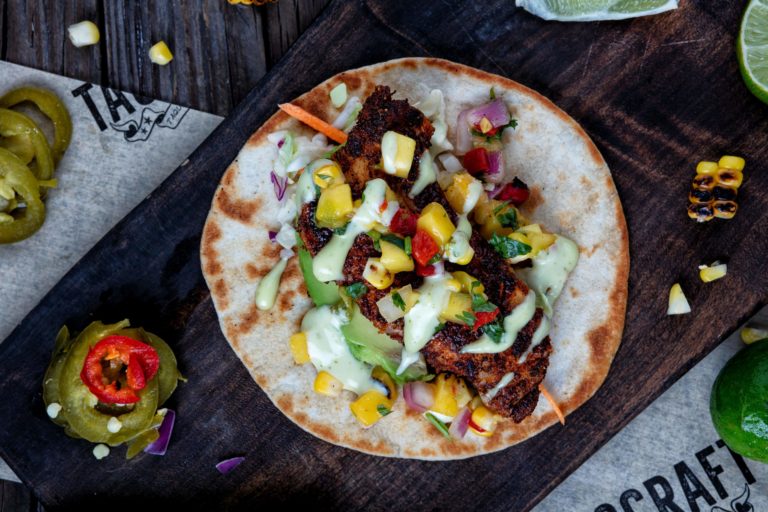 The 5 best taco joints in Miami

Order online and receive 15% off

Sign up and be the first to know about special promos, events, and offers.